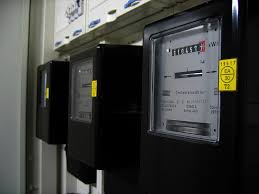 The world energy consumption is monitored in order to find out how much energy is used up by the entire human civilization. It is measured per year and includes energy harnessed from al energy sources across every field in every country. Organizations like International Energy Agency and European Environment Agency record the data obtained and publish it periodically. It goes a long way in tracking the energy consumption and figuring different methods to bring it down and deal with energy issues. Many major UPS Suppliers like Nantech Power Systems based in Chennai also takes an interest in these studies in an effort to bring about useful solutions that will help reduce global energy consumption without affecting the quality of life in any way.

In an effort to reduce global energy consumption, there are several simple ways in which you contribute as well. Here are a few easy methods to do your part in reducing energy usage in your part of the world:

Switching the most energy efficient lights go a long way in reducing energy consumption it also helps reduce your power bills drastically. In recent times, people all over the world have started switching to LED lamps which use 75% less energy than incandescent light bulbs. They also do not use mercury to function and lasts at least 25 times longer than traditional light bulbs.

According to recent studies conducted by scientists in Chennai, many people have the habit of letting their electronic devices stay plugged into the power sockets even when not in use. The chargers continue utilizing a small amount of power known as vampire power. If you are not sure whether your idle electronic device is using power or not, a simple touch will suffice. If it is warm, the device has been pulling power as long as it remains connected to the socket.

Power strips are quite useful in keeping an eye on your electricity usage. You only need to switch the power switch off to make sure that none of the electronic devices connected to it are using vampire power. You get to prevent phantom energy loss and bring down your utility bills at the same time.

It is important to make a habit of switching off unnecessary lights when not in use. It is important to practice this habit at home so that younger kids can also make it a part of their basic personality. After all, it is up to the adults to inoculate good habits in kids as early as possible.

Increase in Awareness among UPS Manufacturers in Chennai

People all over the world have become more environment conscious in recent times. This has led to many innovative ideas in reducing power consumption. UPS manufacturers and dealers area also invested tin reducing power usage to help their clients reduce their power bills and use lesser power to run their businesses or homes. In fact, many companies like Nantech has a research team that is devoted to coming up with solutions to deal with increasing global power consumption. It is up to the people on the planet to use every possible way to reduce energy consumption in order to save non-renewable resources as much as possible.