As the technology improves by leaps and bounds, there is a massive reliance on electrical and electronic systems. These systems, in turn, are dependent on batteries for their functions. As the electrical appliances and becoming more efficient so are the batteries that run them. These batteries are critical to the running of these devices as they provide the essential backup power to keep the vital functions running despite the unavailability of primary energy. The use of batteries in railway applications is critical as it determines the performance of the locomotive.

Here is a list of the use of batteries in railways 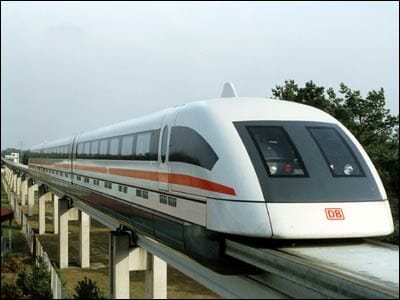 The railway coaches both AC and the non-AC are designed as Self-generating variety where the power is got from the axle through the V belt. The catch here is that they generate electricity until they are running at maximum full load output. But, when it is not running or when MFLO speed is less, it is the battery that supplies electricity. UPS dealers in Chennai, have a wide range of batteries, which starts from 120Ah to 1200 Ah capacity. It is installed in a battery box under the coach. This battery performs optimally in a charge-discharge mode, high vibration, different temperatures, etc. These are special railway application batteries which will not give out harmful gasses and will not spit out acid. So are safe for use even in extreme conditions. The dealers of inverter battery Chennai opine that it is the ultimate test for the batteries as reliability is extremely important in these conditions.

UPS for electric locomotive and multiples

The EMU or the Electric Multiple Units are crucial for the commuters of   and other urban cities. The electric engines are extensively used as the electrification of railways is in full swing. The EMU and the electric locomotives run on electricity that is supplied from the grid and the pantograph which is installed on the roof of the coaches. Use of batteries in EMU\loco is also below.

The critical aspect is the reliability as it should start operating as soon as the equipment needs it. It should also be low-maintenance and should work well for years to come, so durability is also critical.

Signaling equipment should be fail-safe and reliable. The railway signaling is essential for the safety of the passengers and also the other infrastructure. The most critical part in the scheme of things is the continuous power supply along with reliable power backup. Battery plays an integral role in signaling operations. The applications need to be uninterrupted irrespective of the environmental conditions, and hence the signaling batteries have to be robust as they are exposed to varied and extreme situations.

The telecommunication system is another aspect where it is necessary that there is uninterrupted communication so that operations run smooth. These systems also use batteries as a backup; they should be extremely reliable so that the communication channel is not lost. They should be long-lasting, low maintenance and best performing.

Starting a diesel railway engine is a dependant on power due to the heavyweight of the parts and higher resistance of the piston in cylinders. This power to start the engine is provided by batteries. Ups battery dealers in Chennai, say the function is not limited to starting alone but involves pre-start operations like powering the air compressors, hydraulic pumps, brakes, etc. All that is critical functions as they can potentially damage the engine parts if not correctly started. The battery should be of robust nature, long-lasting and durable as the battery discharges quickly due to the heavyweight of the engine.

What are the features a good inverter battery must have ?