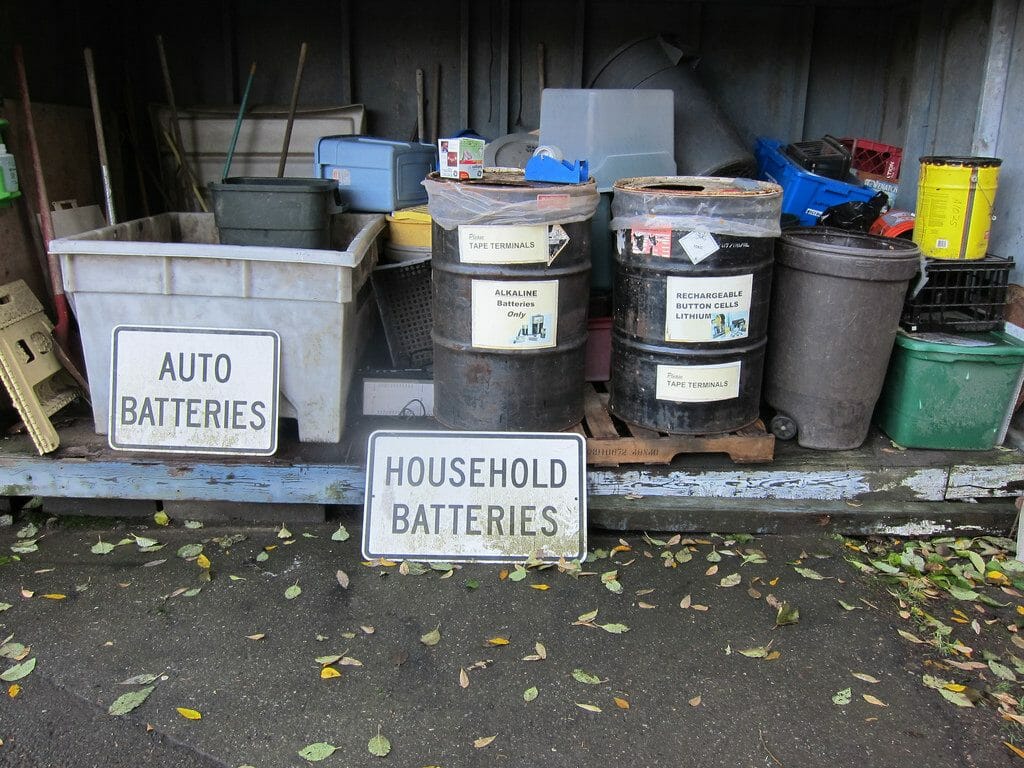 Battery recycling can be described a recycling activity where the number of batteries disposed of is reduced as much as possible. Since batteries consist of toxic chemicals and heavy metals, it is necessary to dispose of them without contaminating soil or water. Batteries consist of lead which can be recycled. By recycling an old battery, its lead content can be reclaimed which is environmentally and socially desirable. It is also an economical solution for this particular problem.

Some battery dealers and manufacturers like Nantech  Power System Pvt Ltd are dedicated to protecting the environment. They recycle used batteries in smelters which are located in different parts of the country.  The hi-tech smelters in Bangalore and Pune are often preferred to recycle old batteries and get the lead again in ingot form. According to the experts at the Battery International Council, almost 97% of the lead used in batteries is recycled. When comparing this to the 55% of aluminium soft drink cans, 45% of old newspapers, 26% of glass containers and bottles, 26% of old tuber tires, lead acid batteries tops the list of recycled consumer products.

Dealers of Luminous Batteries  Make use of Reclaimed Materials

Any lead acid battery containers at least sixty to eighty percent of recycled plastic and lead. As soon as a used battery is picked up and sent to a recycles who reclaims the lead and the plastic inside the battery. The reclaimed materials are sent on to a new battery manufacturer, where they use it to manufacture luminous batteries. This cycle continues indefinitely, thereby reducing the waste and helping the planet in more ways than one.  Many companies even put up used battery collection points at different locations like:

In fact, many inverter manufacturers replace your used batteries at no extra cost. Some companies also offer to pay their customers for their old batteries.  Lead acid batteries can be found in the form of car batteries, UPS batteries, golf cart batteries, forklift batteries in industries, commercial batteries and motorcycle batteries. They can be either sealed lead acid, regular led type, and gel type or glass mat batteries. They are grinded up to neutralize the acid in the recycling process. This is followed by separating the lead and the polymers. Once the lead is finally recovered, it is used in the manufacturing of new batteries. Since the elemental lead used in batteries is toxic, it is extremely important to keep it out of the waste disposal system.

In some countries, the cities set up recycling services in different parts of the city. A refundable deposit is paid on the batteries, encouraging people to recycle their batteries, rather than dispose of them with the other household waste. In the United States alone, almost ninety nine per cent of lead from old batteries was reclaimed last year. These numbers show that introducing such programs motivate people in Chennai to participate in recycling batteries. With the recent climate change, it has become important for every person on the planet to do their bit in order to help the planet.

Why Do Inverter Dealers Buy Scrap

In fact, with some companies offering money for old and used batteries, it has led to scrap batteries becoming an attractive target for thieves. This is why it is a good idea to keep your scrap batteries safe inside to make sure that they do not get stolen by unscrupulous thieves. Once the battery is taken for recycling in Chennai, it is broken down with a hammer mill. The broken pieces are placed into a vat where the heavy materials and the lead fall down and the plastic ends up floating. The plastic parts are scooped away and once the liquid is drawn off, the lead and other heavy metals are found in the vat. The plastic pieces are washed and dried and sent to a plastic recycler. The lead is also cleaned and heated inside smelters. The molten lead is taken from the smelter and poured into ingot moulds. Once this is done, the impurities float to the top and are scraped away. After the ingots cool down, they are taken from the moulds and finally sent to battery manufacturers to be used in new batteries.