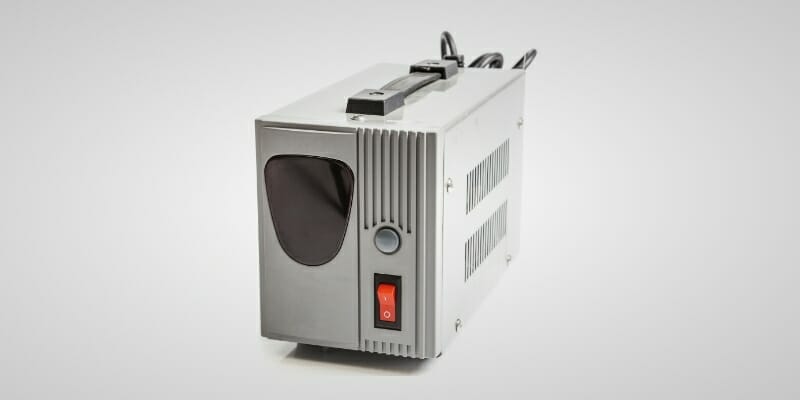 Have you ever considered the wiring and internal components when buying a voltage stabiliser to safeguard your home appliances? Likely not. Most of us overlook these important details.

This blog analyses the differences and the functionalities of both materials to make it easier to pick the right choice. But first things first...

What is a Voltage Stabilizer & How Does it Work?

Most appliances in your home or office function with the solid support rendered by the voltage stabiliser. It is an appliance that keeps the flow of voltage-current stable and protects your devices from voltage fluctuations and erratic power supply.

Let's say there is a sudden, unexpected drop in the incoming voltage. Your stabiliser jumps into action, activating the electromagnetic relays. These relays, in turn, add extra electricity to the secondary winding and compensate for the voltage drop. Similarly, if there is a sudden increase in voltage, less electricity is relayed to the secondary winding to stabilise the output voltage.

So, essentially, the winding material is the "heart of the stabiliser," without which the device cannot work. Industry experts say that copper has the upper hand compared to aluminium, although manufacturers widely use both materials. What makes copper superior to aluminium? Why is it the preferred choice? Let's find the answers in the following discussion.

Also Read: Effective Tips to Maintain Your Solar Panels for the Long-run

How Does Copper Differ from Aluminium as a Winding Material?

Copper has the upper hand in thermal conductivity, especially when it comes to reducing the hot-spot temperature rise in transformer windings. However, this superiority is achievable only when both windings are similar in size, geometry, and design.

It is also possible for aluminium to achieve the same thermal conductivity characteristics by making the aluminium coil 66% larger in its cross-sectional area. However, whatever the winding material, stabiliser manufacturers conduct several tests to produce acceptable hot-spot gradients. They:

Copper's higher metallurgical properties make it a better distributor of electricity when compared to aluminium. Copper winding enables an even, reliable, and stable current distribution than aluminium winding.

One problem with aluminium stabilisers is the formation of oxide, which does not enable easy detachment from terminations. Here again, copper reigns supreme because they are soft and easily detachable. This makes copper stabilisers more durable than their aluminium counterparts.

Galvanic action occurs between two electromagnetically different metals in contact to create a conductive path for ions and electrons to move from one metal to another. Galvanic actions sometimes result in complete loss or partial loosening of contacts. In this scenario, aluminium stabilisers lose more material through galvanic action than copper stabilisers.

Under extreme loads or high temperatures, aluminium stabilisers are more susceptible to failure than copper stabilisers because the creep rate of aluminium can reach 25 times.

Due to lower energy losses, copper stabilisers perform better and are more efficient than aluminium stabilisers. Moreover, copper is more conductive than aluminium due to oxides, chlorides, and sulfides. Aluminium connections are susceptible to corrosion, so it is more important to clean and protect their joints. Also, the connections between aluminium transformers and copper building wire are not very dependable.

Without a doubt, aluminium is a strong and flexible metal. But here again, copper is far superior in both aspects. Therefore, stabilisers with copper winding require fewer inspections and maintenance procedures when compared to those with aluminium winding.

These are some of the reasons why stabiliser manufacturers prefer copper over aluminium.

Why is Copper Preferred Over Aluminium? A Quick Glance

The winner is copper all the way! Aluminium is good, but copper is the best because it has:

Other reasons why copper is highly recommended:

Compared to copper, aluminium has a potential threat, which is its reaction with oxygen in the air, causing it to overheat and burst into flames.

Yes, copper is expensive, and that is one of the reasons why manufacturers prefer aluminium. However, awareness of copper stabilisers and their benefits will enable consumers to see beyond the price point and make the right choice.

Do you require expert advice about buying the right stabiliser for your electrical appliances? Call Nantech's team now. We are one of the most reputed inverter battery dealers and suppliers in Chennai.

The efficiency of Constant Voltage Transformer compared to other stabilizers

Do You Need A Servo Voltage Stabiliser

What Is The Need For A Stabilizer? Stabilizer Dealers In Chennai Explains