How Much Do You Know About Solar Power Systems? 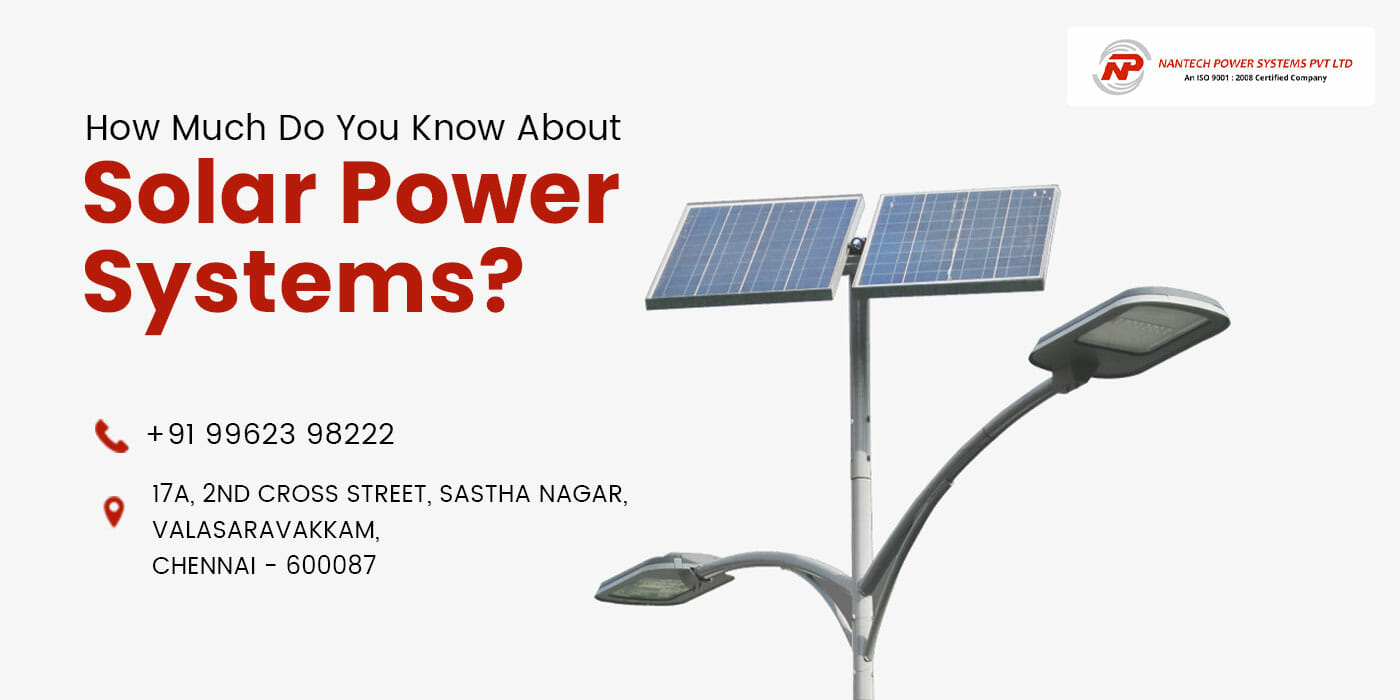 Installing a solar power system has become a fascination, a luxury and a necessity. Why waste the energy of the sun when you have it in abundance? When it comes to investing in solar power systems, the first and foremost thing is to understand everything about the solar power system- how it works, its components, its types, the various systems, etc.

Generated by the sun, solar power is sustainable, clean and usable energy. Irrespective of where they are used, all solar systems work on the same basic principles. The solar panel is the primary component of the solar power system. The solar panels convert direct sunlight into Direct Current using the Photovoltaic effect. The DC power is either stored in a battery or converted into AC power and used to run appliances. This is just the entire process in a nutshell!

Components of a solar power system that harness the power of the sun!

There are four main components of the system that are common to all the types of solar panels available today:

Modern solar panels are made of PV cells or Photovoltaic cells, which are crucial to initiate the process of electricity generation. Solar panels or solar modules are connected in strings to form a “Solar Array”. To maximize the use of your solar panels, consider its orientation, tilt angles, and efficiency. Solar panels require uninhibited sunlight to fall directly on the panel. Panels require daily maintenance, and proper installation to work without a hitch.

The solar inverter plays a critical role in converting the Direct Current to grid-compatible Alternating Current which is what you use in your homes and commercial establishments. From a reliability perspective, the inverters are vulnerable, because they are the weak link in this system. Hence is it vital to choose a good quality inverter.

There are two kinds of batteries used for solar energy storage:

The electric switchboard is a handy component that collects the AC energy from the inverter and disperses it through various circuits to power your home appliances. Any excess electricity is sent back to the grid through an energy meter or stored in a battery for later use. This is commonly known as Net Metering. 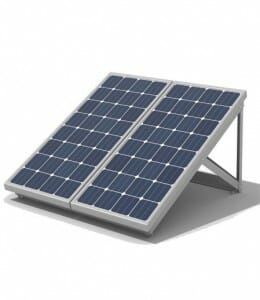 But that’s not all! Apart from the above-mentioned components, there are so many more basic parts that combine to make the entire solar power system. They are:

Ever since its invention, the solar power system has evolved into three types:

To arrive at a proper conclusion to the dilemma of choosing between the three types, you actually have to gain a clear understanding of what they actually mean.

When your solar power system is connected to the common utility power grid, it is an On-Grid system. Most solar power systems in India are on-grid systems, mainly because they are easy to install and very economical. Solar systems that power residences are often connected to the common utility grid. Any excess electricity that your on-grid system produces can be sent to the grid, allowing you to build enough credit that you can cash out at the end of the year or month. This is an effective process called Net Metering which is very conducive for solar power owners who are looking to generate ROI.

An Off-Grid system empowers you to be 100% self-sustained because yours is a stand-alone system that is not connected to any grid. This system allows you to store excess electricity that will come in handy at critical times. However, there is a downside to the off-grid system. It calls for heavy investment because of the complex installation that uses expensive, bulky batteries. The expenses itself can be a hurdle to gaining the actual amount of electricity you require.

The hybrid system is a clever combination of the off-grid and on-grid systems that offer an easy “plug and play” solution. With the use of special hybrid inverters, the excess energy is stored for later use. The hybrid system is quite similar to your UPS system since it serves the same purpose of providing stored energy in case of a blackout.

The Yin And Yang Of Off-Grid And On-Grid Systems

Take a look at just a few of the stark differences of the off-grid and on-grid solar systems:

You are completely safe with the on-grid system because you can be assured of a consistent power supply. But the off-grid system is not so promising. With limited battery backup, the off-grid system relies entirely on the power of the sun to generate electricity. You wouldn’t want to encounter such a dilemma on a rainy day, would you?

The on-grid system not only allows you to draw stored energy from the grid when you need it but also generates an income with Net Metering where you are credited for the amount of electricity your system generates. With off-grid systems, you do not have the advantage of net metering and you need to invest in plenty of batteries to store the excess energy.

Power supply during an outage
This is where the off-grid system has the upper hand because it is completely independent. The on-grid system will work during a power outage only if it has a battery backup.

Yes, there will be a few changes in your electricity bill even if you own an On-grid system. The off-grid system is not tied to a grid, so there are no bills. However, the cost of installation can go through the roof because of the equipment.

In India, the implementation of Net Metering and open access has boosted the adoption of On-grid solar power systems. However, the Off-grid system is a better choice for usage in remote areas where the utility grid is unavailable or inaccessible.

Nantech Power Systems Pvt Ltd, the leading inverter dealers in Chennai, give you expert guidance in choosing the right solar power system for your home or commercial building. Our reliable solar power systems are exceptional in quality and backed by warranty. Waste no time! Call us today @ +91 99623 98222 to harness the power of the sun!

Can Inverters Save Electricity?

What Does Chennai Need in Terms For Better Power Management Systems?

Why Is An Inverter Supplier In Chennai Important For Smart Homes?

How To Gain UPS-Generator Harmony: A Detailed Explanation