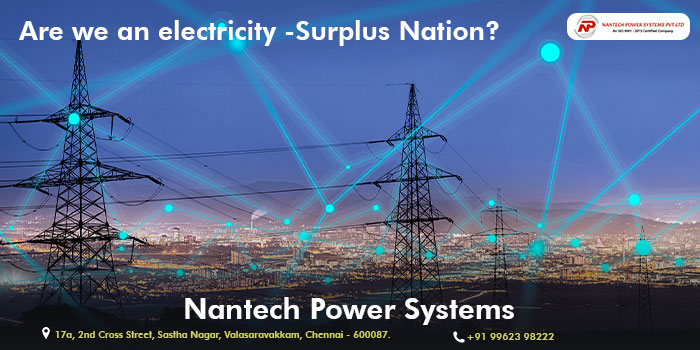 The number sounds impressive, but how does that translate in terms of India being an electricity-surplus nation? For the simple consumer, that question will translate as “How often will I have to endure power cuts?”

The reality is that India is always facing a deficit of electricity. In spite of the numerous government policies, electricity production is unable to meet its target. Besides that, there are a plethora of woes that are plaguing the electricity sector in India according to https://en.wikipedia.org/wiki/Electricity_sector_in_India#Problems_with_India’s_power_sector

The unequal distribution of power between all electricity consumers is one of the reasons for the erratic power supply. This is one of the main factors that drive the demand for other temporary sources of electricity like the UPS, inverter, and diesel generators.

The Rise Of The UPS And Inverter Market

Wikipedia facts state that there are over 10 million households across India that rely on the ever-reliable UPS as back-ups in case of load sheddings and monthly power shutdowns. UPS imports run to the tune of nearly $2 billion per year.

It takes no rocket scientist to conclude that the mounting demand for electricity and the yawning gap in supply and distribution are the driving factors of the UPS and Inverter industries. What else are the factors besides this?

Also Read: WHAT ARE THE BUSINESS OPPORTUNITIES THAT COME HAND IN HAND WITH EV’S?

Pollution is also seen as an influencing factor that drives the demand for UPS and inverters. In New Delhi, diesel generators have been banned due to the sharp rise in pollution levels. As the only alternative source, the UPS has turned out to be the savior in many households and businesses across the capital.

UPS and Inverters: The Ever-Reliable Source of Power

The UPS and inverter market in India has witnessed exponential growth and there is nothing that will hinder it in the foreseeable future. There has been an increasing demand for inverters in the industrial sector too.

The stinging truth behind this is the pathetic, unreliable state of our national grid that is inadvertently pushing the demand for temporary power sources. Besides, there is more awareness of the need for backup sources. There is also the likelihood of an increase in power cuts. Industries simply cannot afford to sit through power outages. It is a sheer loss of time and money.

The Advantages Of Having A Reliable Inverter And UPS

Are you impressed with the list of advantages of having an inverter and UPS? Is your business in Chennai suffering from unpredictable power cuts? Nantech Power Systems Pvt.Ltd is the leading inverter battery dealer in Chennai. We are the perfect answer to all your electricity woes. Nantech caters to both domestic and commercial customers. We deliver high-performing inverters and UPS of well-known brands along with maintenance-free service. To know more give us a call at +91 99623 98222.

The Covid-19 situation has caused stagnation in all the industries with no end of this woe insight. However, it is reassuring to know that things are looking good for the UPS and inverter industry in the post lockdown scenario.

What can be expected?

What are the positive outcomes of this situation for the inverter industry? 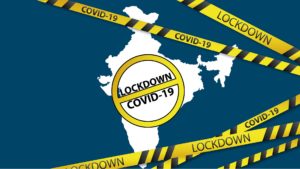 The CEOs of leading inverter and battery industries are predicting a positive rebound of this sector in the post lockdown period. Rough estimates predict that the automotive industry alone could contribute to more than 50% of total revenues. The replacement of worn out and defunct batteries may account for 45% of the revenue.

Experts believe that the demand for automotive batteries and replacements in the industrial sector will help to sort out the stagnation of the inverter industry.

The other positive aspects are:

Hence, there will be a slow but sure rise from this grim situation for the inverter industry. If your car battery has died down and you need a replacement, Nantech has the right solutions for you. We cater to all industries and domestic demands in the nooks and corners of Chennai and beyond. Waste no time in contacting us by phone – 91 99623 98222 or by email- sales@nantech.in.