Why Is It A Must To Invest In UPS or Inverter in Chennai?

Anyone who has lived in Chennai the past few years will know the havoc that Mother Nature has unleashed on the city in recent times! While experts may argue over the veracity of climate change and global warming, the citizens of Chennai saw first hand how the torrential rains and cyclonic storms of 2015 and 2016 brought the city on its knees with extensive damage to property and life.

Want To Know What Happens If You Do Not Have A UPS or Inverter in Chennai?

Power lines went down all over Chennai, and it took several days for the city to limp back to normal. People still swap war stories from those harrowing times when normal life came to a complete standstill due to widespread and extended power outages. Thanks to these blackouts, no motors were working to pump water, no refrigerators to keep perishable food safe, phones would not be recharged, not enough power to run ATMs, no plastic money as the card readers down too! Small business took a massive hit in sales.

Large corporations, hospitals, and IT companies typically have a robust UPS or generator set up to handle power outages, and so were spared on the power issues to some extent. But a good many of the hardships that regular people faced would have been avoided if households and small businesses had equipped themselves with a reliable backup power supply in the form of a UPS or inverter.

Three Reasons Why Every Inverter Supplier In Chennai Recommends Having a Backup Power Supply!

Chennai is on the eastern coastal region of India which has always been prone to deep depressions and cyclonic storms during its monsoon season. With climate change seeming to be a reality, we can only expect more severe storms in the coming years. So it does not hurt a to be prepared if and when they occur. Being equipped with backup power will help deal with power outages that inevitably happen during stormy weather.

If your small business has sensitive equipment, you need to have a power system in place to protect them from damage due to lightning strikes as well.

A few summers ago, power shortage was severe all over Tamil Nadu. There were scheduled and staggered power shutdowns in most cities and power holidays to industries. The economic impact of those planned outages can never be overstated. Thankfully, the power supply situation has come a long way out of those literal dark days. But it is still better to take measures to have a power back up in place for scheduled maintenance downtime too!

Can You Imagine Life Without An Inverter in Chennai In Summer? 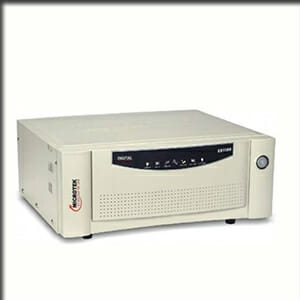 If you are familiar with the hot summers of Chennai, you would know how utterly unbearable it gets when there are power cuts during the summer months. The sweltering heat and the draining humidity make the summers practically impossible without a fan! So it is imperative that inverters are made part of every household, to do away with a whole load of discomfort and torture in the summer months.

So, do not waste any time. Get in touch with a reputed inverter supplier in Chennai to get a quote for setting up a backup power supply for your home or your business today!

What Is The Need For A Stabilizer? Stabilizer Dealers In Chennai Explains

What Are The Business Opportunities That Come Hand In Hand With EV's?

Why Voltage Stabilizers Are Needed?

Everything You Need to Know Before Choosing an Inverter